Though the Berlin Festival of Lights 2013 officially starts on 9 October, there are some buildings that are already lit up! Yesterday we made our way to Hackeschermarkt to see the lights and sounds show at the facade of the Konzerthaus. More photos and videos after the jump! When we arrived the building was all lit up and looked like it was liquid (pictured above). Though it was drizzling people began to gather around the square in front of the Konzerthaus. Then the music began to play and the lights started to dance. Video from my Sony point and shoot below. In October 2013, the Festival of Lights in Berlin changed into a glittering, colorful metropolis. 70 Berlin building, including many of the world famous landmark in Berlin, bathed in a new light, places of the city and entire streets are colorful and imaginative illuminated for 10 days after nightfall. The core hours of lighting every day 19-24 clock, but may vary on individual illuminations. This was but a glimpse of what is to come on 9 October. Berlin’s monuments will be lit up and entire buildings will be colourful, moving works of art. What really excites me the most are the interactive installations. I cannot wait to be a part of it. This is a great way to start the cold season. It shows a tropical island girl like me that in Berlin it is fun to go out even when it’s so kalt! (So cold!) Berlin is such an exciting city and there is always something happening every week it. Many of it is free for the public to watch and enjoy, while some activities can be joined for a small fee.

This festival has been going on since 2005. According to our friend Alex, a true Berliner, it started with simply lighting up buildings and has grown into really complicated light shows that draw in a lot of tourists.

Meanwhile the Festival of Lights has become a magnet for the tourism industry as well as a significant economic factor. Throughout the entire festival period, there are 520,000 overnight bookings, more than 1.5 million guests and many events and conventions which are especially planned during the festival period.

Here is one of the official videos for the Berlin Festival of Lights. Make sure to watch till the end to see the cool stuff!

I thought it was so cool that many people were just sitting down, chilling and appreciating the visuals like a gigantic piece of art. (Which it was!) Berlin really is a city of art. From the graffiti on the walls to the many museums – we find art everywhere! Special events to watch out for:

For more information on what’s happening on 9 – 20 October 2013 check out the official website: Berlin Festival of Lights.

I leave you with this crazy cool video of the Brandenburg Tor…. 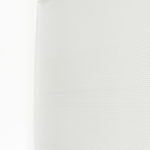