When we first arrived we kept on hearing about Pinoy and other Asian Food (mostly Thai food) being sold at the Thai Park. During some of our walks we would pass by this park. On the outside it looks really quiet, but when we finally went there one afternoon, we discovered how many people were there. The place was packed with people picnicking, playing, cooking (Yes you heard me!), playing cards, drinking beer and just chilling.  The real name of this park is Preußen Park or Prussian Park, but most Pinoys in Berlin call it the Thai Park. Pictures after the jump!

In the center you can find rows of Thai Food vendor. Off to the side, look for some people wearing a “Pilipinas” shirt or jacket, and ask about some Filipino food. The last time we went it was quite late and all that was left was dinuguan, so we haven’t sample the Pinoy food yet! From what we gather, you can bargain a little bit, I think they might not give you a discount, but give you more pieces for the amount that you are paying.

This lady makes yummy Pad Thai and Shrimp Fried Rice. Each order or “stück” is 5 Euros. The portion is quite large and for me is good for about 3 pax (or maybe 2 Germans).

We got fried wonton with sweet chill sauce which I really liked. It’s 3 pieces for 1 Euro. We asked for a discount and they asked how much we wanted to get. We said 2 Euros worth, and they said they could give us 7 pcs for 2 Euros. Deal!

These fried balls of rice that are flavored with spices and then  dipped in sweet chili sauce are also really yummy. They are 2 pieces for 1 Euro.

These pork “sausages” remind me of our Pinoy longganisa, except its salty instead of sweet. The lady was selling 3 pcs for 3 Euros, but she offered me all the 5 pieces left for 4 Euros and I took them. I think this is better when it’s hot, so we saved a few pieces for re-frying (tomorrow’s breakfast).

All in all, this spread for 3 people, cost us 12 Euros. Not bad at all! We brought our own water and beer.

Bring your own blankets and chairs. Some people even bring tables. There are park seats, but if you come late on weekends, they will probably be taken.

Bring your own beer, or buy from the many vendors.

The vendors are in the park everyday, as long as the weather is nice.

It’s a great place to bike and play.

Another thing I want to try is the Brazilian caipirinha. It’s not hard to find, just spot the Brazilian flag. We were on a 15 Euro budget today so we had to BYOB.

Another thing I’ve heard about is the cheap Thai massage. Personally, this is my favorite kind of massage in the world. Even more than Indonesian massage. I am really excited to try this, because other Thai Massage places cost 40 Euros for an hour. I just need to muster up the courage to get a massage in a public place. I must come prepared in jogging pants and sweats!

DiploDog enjoyed the park too. He still hasn’t learned to play with other dogs so it’s a challenge for us because he gets so scared of other dogs and he barks at them when they approach. I am so sad about this because DiploDog used to have a lot of friends at the park in Manila and he was very sociable. This is because he was very traumatized by his experience in Jakarta and he didn’t go out a lot or meet a lot of other dogs there so becoming sociable again is something he has to learn and get used to here in dog-friendly Berlin.

We will be back for sure! Want to try all the other dishes! 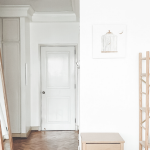 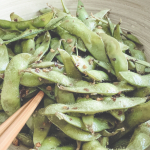