* Sidenote: I definitely think we should focus more on football than basketball. Yesterday’s small win just shows you that if we only focus our attention and training of kids in football instead, then the Philippines has a chance to shine, even in the international stage. Many of the players in the team are Filipinos who grew up in other countries wherein the interest and training lay in football. Just take a look at the results! We have a long way to go, but I hope this is a start! My favorite pic of Neil With good-looking half Filipino, half British brothers James Younghusband and Phil Younghusband

Here’s another one of James just to even it out, because his brother’s pic is so much bigger =P

Both brothers also model in the Philippines

This one is a recent addition, Team Captain Ali Borromeo! (Thanks to my friend for suggesting it!) He definitely has that bad boy looks/appeal! (Don’t get me wrong, he is super nice!)

My favorite pic of Aly Ali Borromeo being interviewed in Iloilo

Then there are the cuties…Meet Rob Gier.

With Central Defense of the Azkals/Philippine National Team, Rob Gier

Midfielder, Mark Drinkuth is a very young member of the RP team at only 18 years: 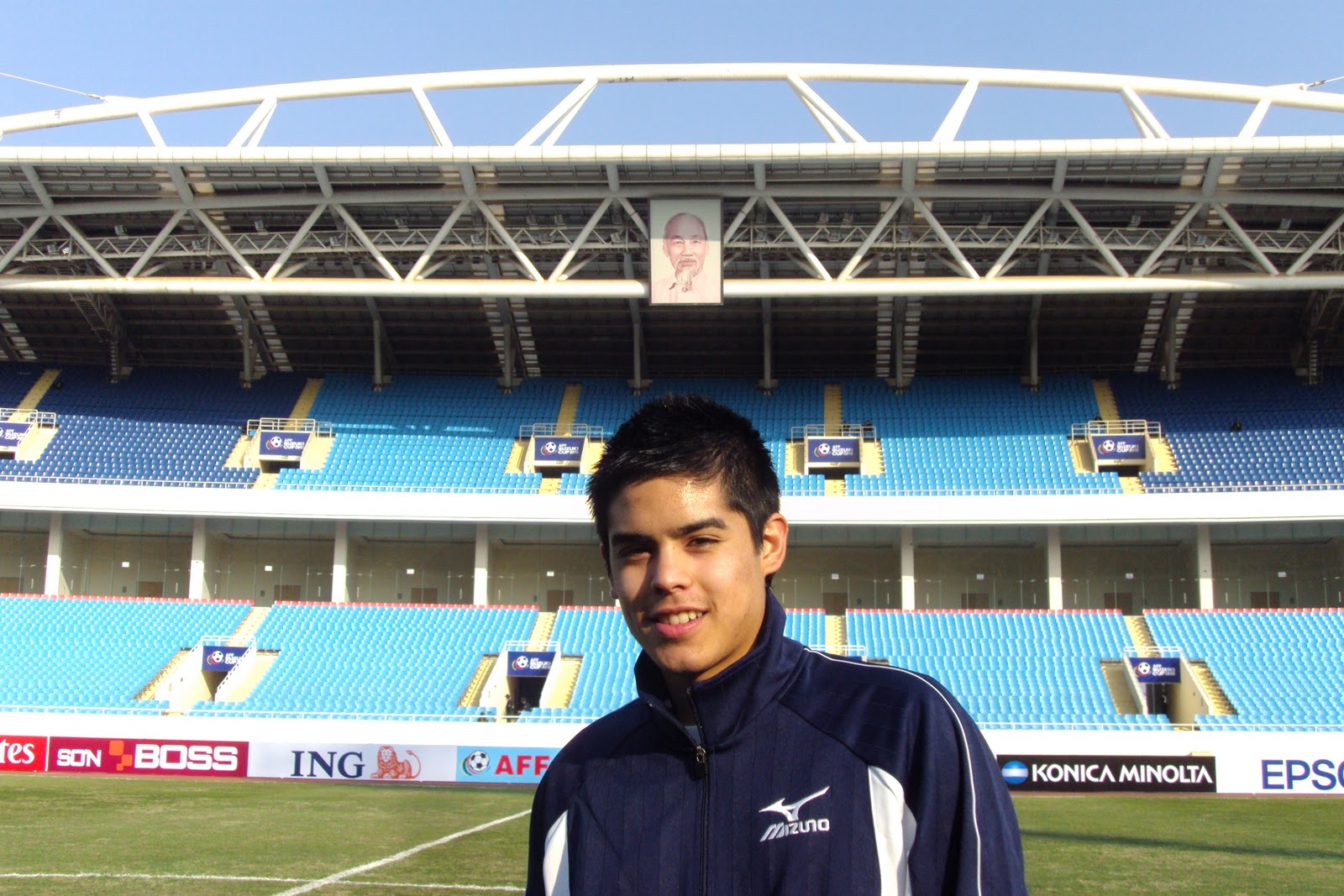 Okay maybe I'd describe him more as boyishly cute, instead of hot, but hey he's only 18 years old so he'll probably grown into a hottie soon enough!

And last but definitely not the least is my favorite, Anton del Rosario. (Yes I am biased because I personally know him and he is as nice as he is HAWT) I couldn’t find a nice public picture of his face so this will have to do, until I get his permission to use a photo that does him justice.

So here it is! I finally got one!

That's me with Anton during lunch with the Team

Because of popular demand, I am adding more Azkal hotties:

With Fil-Dutch Jason de Jong, who is currently being invited by some Indonesian league teams Did I miss anyone? I haven’t really looked at the team thoroughly, so if think I missed anyone, drop me a line!