Each Mercedes Benz, if purchased brand new in Germany, is produced specifically for its owner. Unlike in the Philippines and other countries, where you will find ready made Mercedes Benz cars with certain specs and price points, you will have to specify each and every feature of the car. On top of that, there is the delivery fee to your location.  So, if you would like to have a bit of an adventure and see the Mercedes Benz factory, you can pick up your car directly in Rastatt when it is ready.

The Mercedes Benz Rastatt Factory employs 6,500 employees, produces about 330,000 vehicles per year, and approximately 250 cars are picked up each day. Rastatt is the lead plant for the production of Mercedes Benz’s compact vehicles, where the A-Class and the B-Class, as well as the compact SUV GLA, are made. Rastatt is responsible for the global control of production and for quality and supplier management. Here they also have their training courses for their employees from around the world.

Arrive to the dramatic entrance, that looks like a modern day drawbridge, and be greeted by the cars that revolutionised transport.

Did you know that the first person to ever drive a car a long distance, outside of testing and without the assistance of a mechanic, was a woman? In August 1888, Bertha Benz took her husband’s invention out while he was gone, and with her teenage sons in tow covered a distance of 102km. How’s that for a pioneering woman for you? – Robertson’s Book of Firsts: Who Did What for the First Time The design of the space is amazing for car enthusiasts, lovers of Mercedes Benz and anybody who appreciates good design. There is lots to do and learn on interactive touch screens and informative displays. One day I hope my son, who loves all things related to cars, can visit the Mercedes Benz Factory in Rastatt. He would have a blast. There are theaters where you can learn more about the history of Daimler-Benz, and then a bus takes you to the factory for the tour. Going on the factory floor was so interesting, seeing how despite all the modern robots, there are processes that still need to be done and perfected by human hands. I also learned that before the painting process, each Benz car goes through a room full of emu feathers, to remove all particles from the body of the car. Imagine that? So many man-made materials, but the best is still natural emu feathers.

A particular part on the emu produces feathers perfect for feather dusters, the emu feather duster works on the natural oil in the feathers rather then static…it is also light enough to dust around collectables without having to pick them up. – Emulogic After the tour, we were a bit hungry so we went to the cafeteria, which was lots of fun too. You can write on postcards and they will send them for you anywhere in the world. I liked how minimalist and relaxing this space was. In the end, you pick up your car in this enormous garage, and they take a picture with your car for you to take home. We had a huge surprise at the end because the car was missing 3 important features that we ordered and paid for. This was disappointing, because we were so sold on the top quality and detailed workmanship of Benz that we did not expect such mistakes to happen. But we were told that we had no choice but to accept the car, and since we had not booked any other way home, we took it.

We only learned later on from a German colleague that we should not have accepted and taken the car. After great drama with their GM in Berlin, Mercedes Benz ended up installing 1 of the 3 missing features, at great expense and we were also given a small amount to make up for their inability to make it right, since the two other features couldn’t be added post production and it would take another 6 months to build another car to our specs. We still feel very lucky to have this experience and to be able to own a car that is a dream to drive. Owning a Mercedes Benz has been a dream of mine since I was a child, riding the classic white Mercedes Benz of my grandfather.  I am so happy that my dream finally came true.

We drove through the Autobahn, and got to know our car really well on the long drive.  We stopped for the night at my favorite place, Bamberg, a medieval town and UNESCO World Heritage Site. Read about the beautiful 4 star hotel situated on top of a river here.

If you are a diplomat living in Berlin, don’t forget to ask about the diplomatic discount, and remember that you need to own and use the car in Germany for at least 2 years to get the full 19% VAT off. For example, it took us a while to save up, so we only had our car for half the required time, which allowed us only claim half of the tax back.

* Photos above were taken in 2014, and displays are always changing, however the experience of wonder and informative nature of the visit, I am sure remains the same. 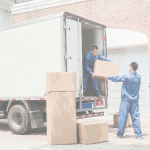 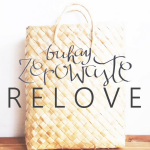 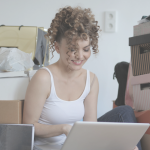 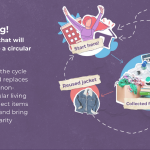 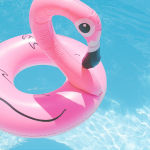