One of the things that I’m really in awe of in Europe is how old things are – in a good way! They are able to maintain or reconstruct the beautiful structures of the past so that they can still be enjoyed in the present. It helps of course that they do not experience earthquakes and typhoons like we regularly do in the Philippines!

Below are some of the beautiful scenes I photographed as we walked around Pisa, Italy, together with some interesting bits of information that I learned about them. Some buildings I wasn’t able to get the names but they are still beautiful to look at anyway!

Below, that small brown building in the middle of two tall ones is the Italian Bank, Banca Monte dei Paschi di Siena S.p.A., known as BMPS or just MPS. Its history can be traced back to a mount of piety founded in 1472 and founded in its present form in 1624, it is the world’s oldest or second oldest bank, depending on the definition, and the fourth largest Italian commercial and retail bank. Isn’t that amazing! So much history!

The Palace of the Convoy was built in 1562–1564 for the headquarters of the Knights of St. Stephen. The name is from the three-year training period for the initiates called “la Carovana”.

The façade is characterized by a complex scheme with sgraffiti representing allegorical figures and zodiacal signs with busts and marble crests. YOu can see sculptures of the Medici Coat of Arms, the Knights, flanked by the allegories of Religion and Justice and upper gallery of busts of the Grand Dukes of Tuscany, who were all also the Grand Masters of the Order.

The statue of Cosimo I de’ Medici stands in the middle of Knights’ Square of Pisa in front of Palazzo della Carovana. It has been damaged in the course of time.

Commissioned by Grand Duke Ferdinando I in 1596 to celebrate his father as the first Grand Master of the Order of the Knights of St. Stephen. Grand Duke Cosimo in the robes of Grand Master, is subduing a penguin on a pedestal. This symbolizes his domination over the seas. In front, there is a fountain with a shell-shaped basin decorated with two grotesque monsters.

Of course we couldn’t go to Pisa without checking out it’s most famous structure: The Leaning Tower of Pisa, which is located in The Square of Miracles or Piazza dei Miracoli. It is composed of 4 structures:

THE CATHEDRAL OF PISA

This Cathedral square is a World Heritage Site because of the uniqueness of the magnificent group of monuments. The Cathedral of Pisa (Il Duomo di Pisa) is on the right below.

This beautiful Architecture style is medieval architecture in Romanesque style. The first building constructed in the square was the cathedral (right below).

The 2nd building in the Square of Miracles, The Baptistery is also called the Pisa Baptistery of St. John or Battistero di San Giovanni. They started construction of this Roman Catholic ecclesiastical building in 1152 and it was finished in 1363. It is the largest baptistery in Italy.

Galileo was baptized in the baptistery in 1565. It leans 0.6 degrees toward the cathedral.

THE LEANING TOWER OF PISA

The Tower of Pisa the most interesting bell tower, or campanile in the world. It was the 3 structure built on this square.

It was originally 60 metres tall and until 1990 was leaning at about a 10 degree angle. Now it is 56.67m (tallest portion) and 55,86m (lowest part). It was designed to be perfectly vertical, it started leaning during construction. They started constructing it in 1173 and finished in 1399.

Can you see my 5th month bump? If you look closer you can see I had been crying. I think as a pregnant lady you can get tired and emotional easily so this is totally expected. Don’t expect too do too much when you are on your babymoon. Here are more tips for people going on a babymoon on their 2nd trimester.

The Leaning Tower of Pisa consists of 251 steps to the top and weighs14,500 tonnes. We didn’t even bother going into any of the structures! I was so tired and it was honestly so beautiful just to gaze at the medieval structures at sunset.

Pisa got its name in 600 BC from a Greek word meaning “marshy land.” No wonder several of their structures are also leaning and sinking! Other structures that are also sinking/leaning:

It is called holy fiedl because it is said that the burial ground uses shiploads of sacred soil that was brought back during the 12th Century Crusades from Golgotha, the hill on which Jesus was crucified, so that noble Pisans could rest in holy ground.

The soil was brought back to Pisa from the Third Crusade by the archbishop of Pisa in the 12th century. A legend claims that bodies buried in that ground will rot in just 24 hours. 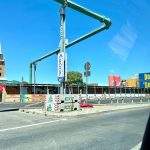 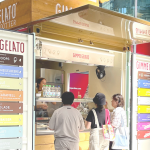 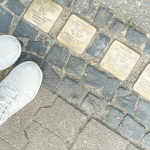 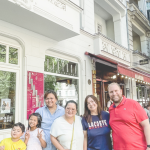